You are here: Home / General / What Style is My Home? San Jose Home Styles

What Style is My Home? San Jose Home Styles 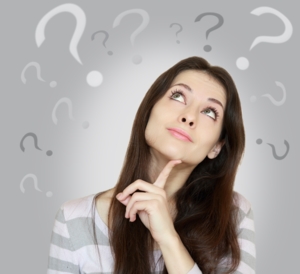 As a realtor I am often asked “what style is my home”? Styles of houses vary across the country. From the New England Cape Cod to the Victorians of San Francisco California, the choices are almost endless.

Following is a quick guide to help you recognize and use the professional terms for many of the most prevalent house styles in San Jose:

• Ranch: these long, low houses rank among the most popular types in the country. The ranch, which developed from early homes in the West and Southwest, is one-story with a low-pitched roof. The raised ranch, which is also common is the U.S. has two levels, each accessible from the home’s entry foyer, which features staircases to both upper and lower levels.

• Cape Cod: this compact story-and-a-half house is small and symmetrical with a central entrance and a steep, gable roof. Brick, wood or aluminum siding are the materials most commonly seen.

• Georgian: Popular in New England, the Georgian has a very formal appearance with two or three stories and classic lines. Usually built of red brick, the rectangular house has thin columns alongside the entry, and multi-paned windows above the door and throughout the house. Two large chimneys rise high above the roof at each end.

• Tudor: modeled after the English country cottage. Tudor styling features trademark dark-wood timbering set against light-colored stucco that highlights the top half of the house and frames the numerous windows. The bottom half of the house is often made of brick.

• Queen Anne/Victorian: Developed from styles originated in Great Britain, these homes are usually two-story frame with large rooms, high ceilings and porches along the front and sometimes sides of the house. Peaked roofs and ornamental wood trim, many times referred to as “gingerbread,” decorate these elaborate homes.

• Pueblo/Santa Fe Style: Popular in the Southwest, these homes are either frame or adobe brick with a stucco exterior. The flat roof has protruding, rounded beams called “vigas”. One or two story, the homes feature covered/enclosed patios and an abundance of tile.

• Dutch Colonial: The Dutch Colonial has two or two-and-one-half stories covered by a gambrel roof (having two slopes on each side, with the lower slope steeper than the upper, flatter slope) and eaves that flare outward. This style is traditionally made of brick or shingles.

• New England Colonial: This two-and-one-half story early American style is box like with a gable roof. The traditional material is narrow clapboard siding and a shingle roof. The small-pane, double-hung windows usually have working wood shutters.

• Split-levels: Split-level houses have one living level about half a floor above the other living level. When this type of home is built on three different levels, it is called a tri-level.

These are just a few of the many styles of homes available across the country and in San Jose – some are more prominent in different areas than others.