You are here: Home / Home Buyers / Checklist when Moving to San Jose Ca

If you are planing on moving to San Jose Ca then you should use this checklist as your guide. You can make your move much smoother by beginning to plan for your move at least two months in advance. Feel free to Contact us with questions about moving to San Jose. 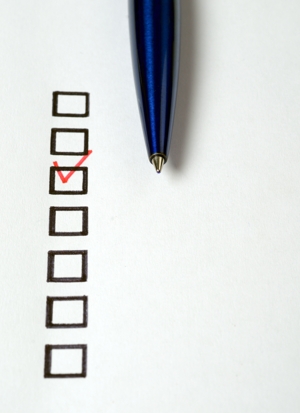 ____ Remove unnecessary items from your attic, storage shed etc.
____ Use things you can’t move, such as frozen foods and cleaning supplies
____ Start a possessions inventory
____ Solicit estimates from three moving companies
____ Call your homeowners insurance agent to find out how your policy will cover your move
____ Begin collecting all moving papers and receipts in the folder contained here
____ Arrange to transfer your children’s school records

____ Contact the IRS and/or your CPA for tax-deductible information
____ Evaluate your possessions inventory: Can you donate anything? Do you need it all?
____ Notify your friends, relatives, professionals, creditors, subscriptions etc.
____ Locate healthcare professionals and hospitals in your new location
____ Complete change of address cards via the post office, or an online services to include the following:
____ Banks
____ Charge cards
____ Religious organizations
____ Doctor/dentist
____ Relatives and friends
____ Income tax bureau/Social Security Administration
____ Insurance broker/lawyer/CPA/stockbroker
____ Magazines
____ Post office
____ Schools
____ Clean your closets
____ Hold a moving or garage sale or donate items to charities
____ Choose a mover or decide to move yourself
____ Contact your mover to ask about insurance

____ Make your travel plans, if applicable
____ Arrange to close current bank accounts and open accounts in new locale, if necessary
____ Notify the Department of Motor Vehicles of your new address
____ Arrange for childcare on moving day

____ Carry enough cash or traveler’s checks to cover cost of moving services an expenses until you make banking connections in new city or keep with you an ATM card
____ Carry jewelry and important documents yourself, or use registered mail
____ Plan for transporting of pets
____ Double check closets, drawers, shelves to be sure they are empty
____ Leave old keys, garage door openers, broiler plans, landscape/houseplants and instruction manuals needed by new owner

At your new address: