On Thursday, June 3, 2010, the California Senate approved a new foreclosure bill SB 1275. With a 21 to 12 vote, SB 1275 will be heard by the Assembly Banking Committee before it goes to the full Assembly for a vote.

Sen. Mark Leno (D-San Francisco) and Senate President Pro Tem Darrell Steinberg (D-Sacramento) are the authors of SB 1275 which has provisions that are intended to discourage careless, negligent, sloppy, laidback behavior from servicers … ultimately designed to prevent California foreclosures which would otherwise be avoidable.

SB 1275 would provide homeowners a means of recourse if the homeowner lost their home to foreclosure due to servicer errors. In addition, servicers would not be allowed to start the foreclosure process until a homeowner receives the final decision on the loan modification.

There is currently no means for a homeowner to seek recourse if their home is sold in foreclosure due to a servicer error. Senator Mark Leno and Senate President Pro Tem Darrell Steinberg intend to change this by providing recourse through a private right of action. Homeowners would be able to seek limited damages that relate to the degree of the servicer’s errors. This may include a homeowner’s right to reverse the foreclosure sale.

According to the Center for Responsible Lending (“CRL”), Bank of America executive Jack Schackett admitted during committee hearings that they “have not handled [their] customers to the standards Bank of America is accustomed to.”

Even when homeowners are following all the rules in applying for a loan modification and when they are making trial modification payments, servicers are still initiating the foreclosure process.

“Simple fairness dictates that no one should lose their home while they are in the middle of trying to save it,” said Paul Leonard, director of the California office of the Center for Responsible Lending. “A foreclosure that starts because a servicer’s left hand doesn’t know what the right hand is doing is the most preventable foreclosure of all.” 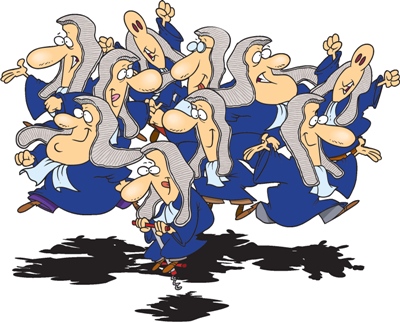 Servicers must do better at helping homeowners avoid foreclosure.